Docker Engine is a client-server application with these major components: 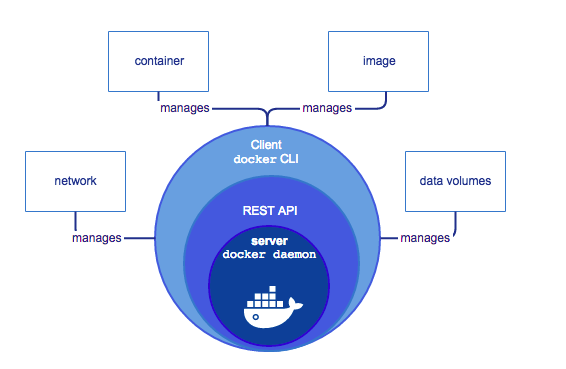 The CLI uses the Docker REST API to control or interact with the Docker daemon through scripting or direct CLI commands. Many other Docker applications use the underlying API and CLI.
The daemon creates and manages Docker objects, such as images, containers, networks, and volumes.

The Docker daemon (dockerd) listens for Docker API requests and manages Docker objects such as images, containers, networks, and volumes. A daemon can also communicate with other daemons to manage Docker services.

The Docker client (docker) is the primary way that many Docker users interact with Docker. When you use commands such as docker run, the client sends these commands to dockerd, which carries them out. The docker command uses the Docker API. The Docker client can communicate with more than one daemon.

A Docker registry stores Docker images. Docker Hub is a public registry that anyone can use, and Docker is configured to look for images on Docker Hub by default. You can even run your own private registry.
When you use the docker pull or docker run commands, the required images are pulled from your configured registry. When you use the docker push command, your image is pushed to your configured registry.

An image is a read-only template with instructions for creating a Docker container. Often, an image is based on another image, with some additional customization. For example, you may build an image which is based on the ubuntu image, but installs the Apache web server and your application, as well as the configuration details needed to make your application run. 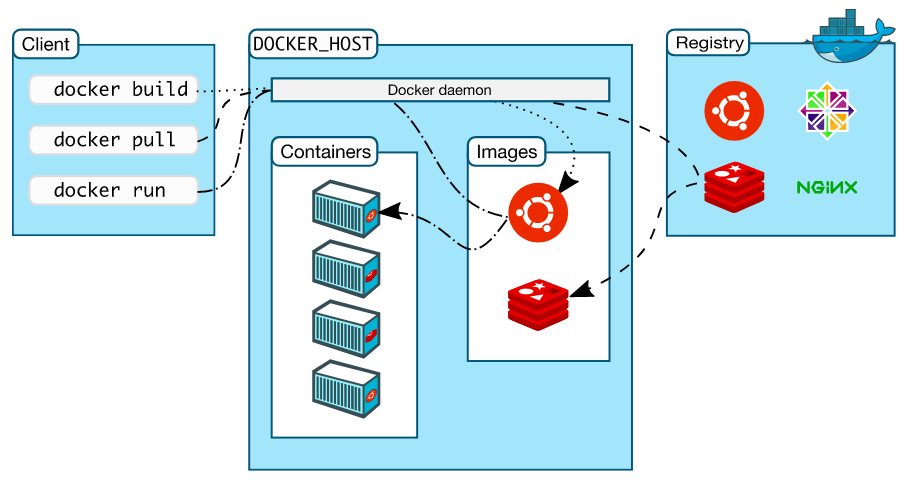 The steps are clearly shown on above output. First the docker daemon looked for the local image with name hello-world. If the image is not found locally, then it checked whether it is on default docker registry which is docker hub. As there was a image called hello-world on the docker hub, it pulled that image down, ran it on a container and exited. 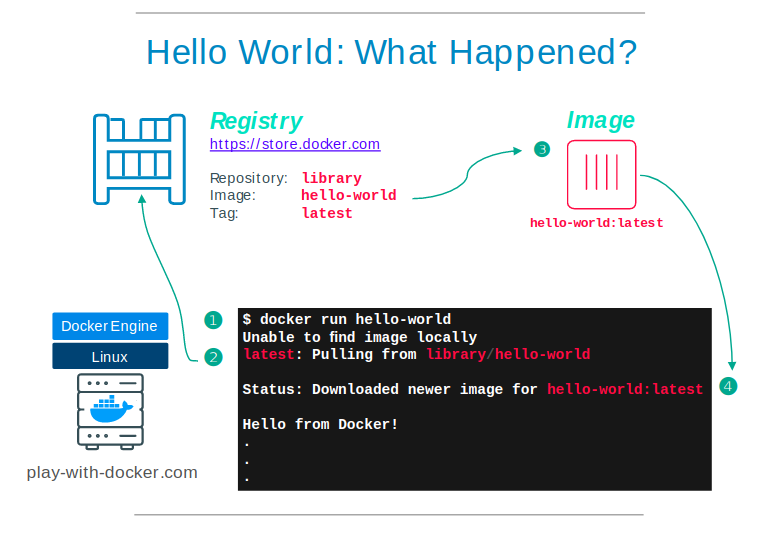 Looking at above example, docker kind of looked like vm. But here are few differences.

Fetching docker image from the registry

This command will look at the default docker registry ie dockerhub (can be changed) for image called alpine and if found, it will download the image on our local box. Now with this image, we can create multiple containers which are like the multiple instances of this image.

Alpine Linux is a Linux distribution based on musl and BusyBox, designed for security, simplicity, and resource efficiency.

Listing the images on our box

We have two images on the box, one being hello-world which we fetched earlier and other one is alpine.

Running container based on the image

Now if we were to run the same command again, the container that will be created this time will be a brand new container. I will demonstrate this in a second.

This time the container didnot shut down but instead gave us a shell to work with.Now on this shell inside of our newly created container we can execute shell commands.

To list the currently active container we can use following command.

Looks like there is no any results. It is because we do not have any active running containers.

These are the list of containers that were created. And we can see from the status that they exited some N minutes ago. One interesting thing here is notice the CONTAINER ID of each of the container created, they all are different which means all the containers we have created are indeed different from each other even though they are created from same image.